Never Give Up! Never Surrender!

Have you ever been in a situation when your kids have used your own words against you?
Recently, my wife and I were engaged in a fairly serious conversation over coffee during one of my days off.  My youngest son emerged from the basement and sat by me at the kitchen table.  He began to play his DS (Lego Star Wars, I believe) while we were talking.  At some point in our conversation, I said, “… I just don’t think I can do it anymore … I think I’m done…”  My son, without looking up, spoke right on cue: “Never Give Up!  Never Surrender!”  His words halted our conversation.  I’m pretty sure he had no idea the context of what we were discussing, but we heard him loud and clear: “Never Give Up!  Never Surrender!” 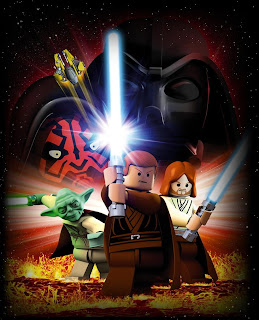 I’m not sure when it started.  Probably while we were wrestling, pillow fighting or maybe when we were playing Star Wars where Darth Vader and/or Darth Maul (my boys) wanted me (a Jedi Master, of course) to surrender to the Dark Side, but I began to impress those very words into my children’s lives: “Never Give Up!  Never Surrender!”   As a Father, I want my children to be bold yet full of grace, strong yet teachable, confident yet humble, and to always fight for what is right and for those who cannot fight for themselves.   When life gets tough (and it does), I want them to remember that giving up or giving in is not an option.  We work hard through the struggle and the pain because rightly focused determination will only make us strong, well balanced individuals that reflect the likeness of Christ.  After all, He never gave up! He never surrendered! —He fully accomplished His purpose of obedience to the death so that we may have life—He finished well.
As a parent, I have the awesome privilege of speaking virtue into our kid’s lives.  On that rare occasion when they voice those virtues back at me, I want to listen intently and take truth to heart.  I honestly didn’t expect to listen to my own words from the voice of my four-year-old son, but I’m glad I did.
Perhaps you need to do as I did.  I opened my Bible to read:
Take a few moments to pray through these Scripture passages, and find strength and encouragement in the reality that even when the going gets tough, you can rise up to “Never Give Up!  Never Surrender!”